My wife and I checked out the new Pho K&K for the first time this evening.

First of all, it still kinda looks like the former pizza places that inhabited this spot. The kitchen is still open, which felt a bit odd - but also kind of comforting.

As for the food, it's awesome that there's now a place to get Vietnamese food in Ankeny. Now we don't have to drive downtown for our pho cravings.

The first thing I noticed (having a pescetarian wife) is that Pho K&K's vegetarian selection is pretty much non-existent. Most everything on the menu has meat in it, but they were definitely accommodating in that they were able make most meals vegetarian.

My wife and I shared the vegetarian spring rolls, which were very tasty and different than other vietnamese places in town. She had an egg roll bun with the pork egg rolls substituted with vegetarian egg rolls - also tasty.

I had the their signature pho, which was great (and they have multiple sizes to choose from - the medium was fine for me). If you're a vegetarian who's comfortable eating beef broth, they'll even make vegetarian pho for you.

One more thing to note is that they do have some thai and chinese options on the menu.

My boyfriend and I love this place. I work part time in the area so often we meet here if I work a short shift. I am a vegitarian and he is not. I get Panang Curry with tofu which is fabulous and perfectly spiced. he gets the Banh Mi which is a vietnamese sandwich. the staff is very layed back but I don't take it as rude. Just casual.

This place is the most failing place I have ever seen. Couldnt believe that I saw a freaking plastic bag in my soup. We were eating almost half of the bowl and found it was there on the bottom. The plastic bag was shrunk real bad so pretty sure that they cook it on the stove for at least 10 mins. Horrible! Wish I could have taken that picture and show it to you guys. The manager came out and said "Sorry, we were so busy" HELLA FAIL!

I had a great dining experience here last week during lunch hour. The staff and service was great. The food was exactly what I was hoping for, authentic Vietnamese cuisine. I would definitely come back for more.

I thought the food was really good. It is good to have other options besides the typical hamburger joints or other fast food places.

I would recommend this place to people who want to try a healthier kind of food.

My husband and i was there this past weekend. Food was delicious, service was great. I tried their Pho, soup was tasteful. A place i would recommend for anybody who is having some vietnamese cravings.

We ate at Pho K & K about 1 month after it opened. The service was the worst I've had anywhere. The server did not seem like she wanted to be there at all. When the bill arrived, we were charged for our food and the food from the table next to us. After complaining and 10 minutes, we finally got a new bill with the correct total. A few days later when checking my bank account, I noticed they increased the tip amount by $10. The food was okay, but not good enough to put up with that. We will not be back. 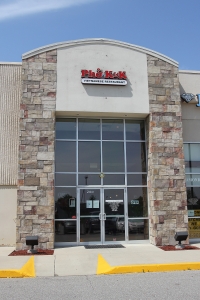